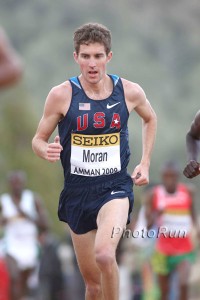 Former W&M coach and current Nike runner and MBA student, Ed Moran will be competing in Edinburgh in January.  Click here for a nice bio on Moran and the upcoming race.
Posted by Unknown at 9:47 PM No comments:

About the only negative thing I can say about Shelby Hawthorne is that she did not start her annual team Christmas party until after I graduated!  Here are the photos from this year's celebration.
Posted by Unknown at 10:37 PM No comments:

Posted by Unknown at 8:51 PM No comments: 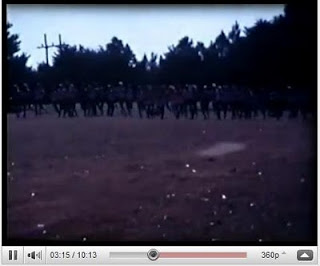 Back when I was in school (mid-80s) we were still divided into districts in XC instead of regions.  We were the largest (when I ran the race, we typically had 250 in the race) in the country.  Only 180 people ran in the NCAA race (as opposed to 240 today).  Each district's number of teams were decided beforehand (we had the most with four).  Our district could have up to 5 individuals as long as they were in the top 15 overall.  At any rate, thanks to Ed Lull for the heads up on this amazing footage.  You will notice a number of great shots of W&M runners. Go here to see the race and a number of closeups of W&M runners.  The footage actually is quite clear. The XC team was 4th (best showing ever) in 1973, but did not make it in 1974.  Thanks to Randy and Shelby Hawkthorne for identifying many of the runners: Reggie Clark #359,  John Greenplate #385, Gene Schultz #371, Christophe :Tophe” Tulou, George Baquis #358, and Tim Cook # 381 and Brendan Gallaher #374.
Posted by Unknown at 7:37 PM No comments: