August Newsletter
In a few days you will be receiving our semi-annual newsletter. If you want read it digitally, please click here.
Posted by Unknown at 9:49 PM No comments:

Born to Run, part II
Normally I wouldn't plug something twice, but the book, Born to Run, still is on the NYTimes bestseller list. I have to admit, I didn't think I would enjoy a book about ultra running, but it is GREAT even though you won't agree with everything in it. The interview above is from one of my former classmates, Jon Stewart Lebowitz!
Posted by Unknown at 7:56 AM No comments: 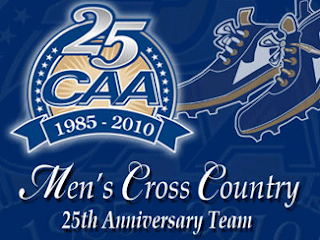 16 Make the Quarter Century CAA XC Team
Of the 25 people who were selected for the first quarter century team for the CAA, 16 came from W&M.